Let’s see what those hacking tools are making everyone look for, and what kind of features those tools are providing. What’s more? Most people think that only Black Hat Hackers use these tools to compromise other security, however in reality both types of hackers can have these tools.

The only differentiation between them is just that the good ones use it for the protection of one’s assets and confidential data. On the other hand, bad ones use it for bad intentions like stealing data so as to demand monetary favors. Let’s see what tools made this much craze now!

It’s a python tool, specially customized for searching repositories, the whole commit history, & branches, for high-entropy strings. These things can reveal secrets such as AWS Secret Keys. The latest version supports more than 600 Key Types. These keys increase the capability of the tool to steal the credentials of officials more severely.

Confidential Assets such as Secret Key Pairs are one of the most serious cybersecurity issues. Now, these keys can be used to hack organizations’ networks. Sometimes, it could be taken as a major threat to other popular software.

This software is available on GitHub. It’s an open-source project tool to discover keys leaked through Java Script/ too permissive CORE settings in Application Programming Interface. 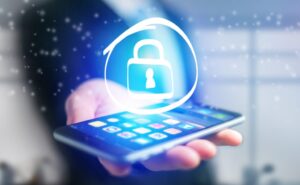 Did you ever imagine that your phone’s touchscreen could work without even touching it? Well, Maybe Yes, or Not. Now, it is possible that your phone can get hacked and the hacker doesn’t even need to touch your phone screen to hack it.

During a wonderful presentation, Usenix Security Symposium presented a pdf about Ghost Touch. It’s an attack that executes taps and swipes on the mobile screen. The max distance it can take is 40 millimeters.

Now, according to the researchers, the criminal can use Ghost Touch to attack someone’s smartphone. After that, sneaking into the storage and stealing the data won’t be a problem for him/ her. Moreover, it carries the capability to act maliciously, sometimes involving calls, and downloading malware. A new open-source hacking tools was launched by Deepfence by the name PacketStreamer. It tests the waters by capturing network traffic from multiple sources that can reveal potential hacking behavior.

Its sensors gather raw network packets on remote hosts. Also, applying filters, and forwarding them to a central receiver process where it gets in the pcap format is the procedure it follows. These traffic streams can be compressed as well as can be encrypted via Transport Layer Security (TLS).

According to the corp, the sensors impose a big impact on the remote hosts. Plus, these can run on:

Afterward the pcap file/ live feed the traffic can be processed to tools such as:

Or it can get live-streamed for machine learning models.

The latest news has YARA rules in hype right now. What’s that? YARA rules are hunting rules that every hacker needs to follow if he/ she’s trying to hack a network or something similar to it.

YARAify is software that can help in scanning files while taking YARA Rules into consideration, to integrate public/ non-public YARA Rules via Malpedia. These rules are operated by Germany’s Fraunhofer Institute.  Scanning of these things is done by open and commercial ClamAV signatures.

As you can see that technology and information are making great enhancements in the field of Cyber Security, and you need to ensure your safety from these malicious things. No need to be afraid of these things!

Why? Didn’t you say that we need to protect ourselves? Well, yeah, we said that. In actual terms, you can hire a Cyber Security Professional to take part in the process and handle your network, and system’s security.

Or you can choose to become one of them. And how would you do that? Simple, you can join a 1-year Cyber Security Master Diploma after 10th

with Craw Security. Craw provides a brilliant learning atmosphere where students get the opportunity to test their waters.

We mean to say “Mind Power, and Skills”. Within the time period, you’ll get the best trainers to train you through and through, respectively. Why don’t you try online sessions, if you’re not comfortable offline? Enroll, Now!

“BLACK BASTA MALWARE” IS THE BIGGEST THREAT EVER TILL NOW!

Beware of this Android Malware that switches off Wi-Fi and drains the mobile wallet!