European countries have been struggling with online cryptocurrency fraud that has been done by a criminal gang open via trunk calls. How the whole event happened, let’s discuss about it.

In this cyberattack, millions of users were victimized by the crypto fraud network. The countries like – Germany, Bulgaria, Cyprus, Siberia (Region), Australia, Austria, and Canada were the ones victimized in the chaos.

To stop the adversaries from attacking more countries, Europol, Eurojust, Judicial, and Law Enforcement Officials started a secret operation in June 2022. That is to find out about the whereabouts of Online Cryptocurrency Fraud.

Continuously, all of the attacks were done via Call Centres. Adversaries offered victims with schemes involving – Hefty Investments in Fake Crypto Schemes. To stop these massacres, an Operational Task Force were deployed by Europol to run an in-depth investigation. 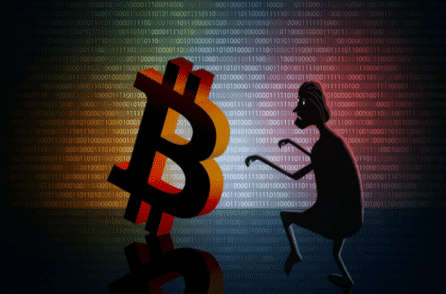 This group supported by, dismantle the crypto fraud network which targeted innocent users from various countries such as

The amount of fraud reached in Millions of Euro. But, the actual count of victimized users is still not known. That’s because a huge amount of financial payments were followed.

The operational task force, made a count of 15 arrests cases. 14 of those were suspects caught in Serbia, where 1 got caught in Germany. Moreover, 261 were taken into custody to ask some questions included

Some of them are yet in prosecution.

In whole, officials found out

During investigation, various locations and workstations were followed:

3 Hardware Wallets were seized by the investigation team consisting of Cryptocurrencies ($1 Millions), and €50, 000 in cash. Several other things were also seized in the secret attack:

Now, you might want to know how the total scam were run by attackers? Let’s find that out.

The Operational Task Force searched and seized all call centre areas in Siberia.

Following departments were alerted to conduct the operations of investigation.