It is common on the dark web to sell illegal items, services, and sensitive data. A Case came into view in which the U.S. Government sentenced a Ukrainian National to 4 years in prison for selling access to hacked servers. A 28 years youth Glib Oleksandr Ivanov-Tolpintsev was arrested in Poland in October 2020 and has now been convicted by the U.S. court of selling access to compromised servers on the dark web.

The Ukrainian hacker was involved in selling the login credentials of thousands of servers, and personally identifiable information such as DOB and SSN to the dark web. Most of this data was from residents of the United States. A site on the dark web listed 700,000 login credentials for sale to compromised servers, of which at least 150,000 were from the United States.

It is suspected that this website was operational on the dark web since 2014 but it was seized after the matter came to light. According to court documents, this marketplace on the dark web was seized by law enforcement agencies on 24 January 2019.

Law Enforcement Personnel is connecting the thread of this case with another such case present on the dark web. They found it related to xDedic Marketplace which was dismantled by the government in the past. This case is exactly similar to xDedic in which investigating teams from four different nations were involved in taking them to the ground. All these compromised lists of servers were used by cybercriminals to conduct ransomware attacks, DoS, and DDoS attacks after purchasing the credentials of the servers.

In the investigation, the accused Ivanov-Tolpintsev said that he was using botnet and other servers to conduct brute-force and password spraying attacks. He disclosed that he earned more than ₹65,00,000 by selling login credentials on the dark web marketplace. 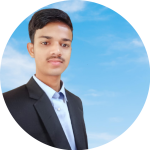 Orsi Manish is a technical writer, part of the Cyber Forensics Workforce, and a graduate in Physics. He has completed CNSS from International Cyber Security Institute, Computer Hacking Forensics Investigator training with CRAW Security, and many other Cyber Security courses from NPTEL.