Everybody must have heard about a successful Cyber Attack on AIIMS. After a few days, a rumor came about ₹ 200 Crores Ransom that was pointing at a cybercriminal from China. However, it was called off, and being told that it was just some fraction of the rumors spreading through Masala Media. This morning, it was updated by many expert news reporting labels that it was really an attack initiated by an internal spy from CHINA who was instructed to do the same.

The Cyber Attack on AIIMS News has turned ways to Chinese Hackers due to the incident at AIIMS Provinces. On Friday, it was confirmed that the initiative was taken by intelligence agencies. Impacted services still are in devastating conditions. Therefore, work is still getting handled manually.

Two Chinese Ransomware Groups have been targeting medical facility providers globally, who are:

This group was known for spreading Linux-Based Malware by using Cobalt Strike Beacon. 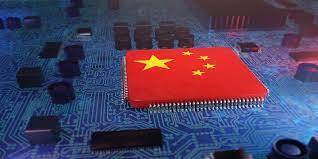 This hacker group was known for Ransomware Attacks to Disguise Cyberespionage.

However, it’s not yet confirmed whether these two were behind the Cyber Attack on AIIMS or not. Another one that has also become part of these hacking streams is a hacking group known as “Life.” Life is being suspected of a new variant of ransomware, “WannaRen.”

According to the sources, it is estimated that the adversaries must have started uploading data for sale on the Dark Web cuz they didn’t get paid for the ransom. Fear swarmed up for Confidential Data leaks of millions of patients, involving data related to normal citizens and politicians.

Authorities are still denying that any kind of data is breached or so. According to the investigation, 5 main servers were hijacked by Chinese Adversaries, which were subsequently put on Dark Web.

They are still on the verge of restoring and reviving lost data and services so that the staff & patients can get relief from stress.

If we talk about the rumor of ₹ 200 Crore Crypto Currency Ransom demanded by adversaries, there Delhi Police had cleared that nothing like that has ever happened. That’s only because AIIMS hasn’t made any follow-up with the Delhi Police. However, Delhi Police filed an FIR, including extortion and cyber terrorism, due to the complaint of the AIIMS Security Officer.

Indian Computer Emergency Response Team, & the Centre for Development of Advanced Computing, and the National Informatics Centre, were the only two who had been trying to recover the damage resulting from ransomware. Not only AIIMS, but after AIIMS, ICMR is also being targeted.

By Clicking on this link, you can listen to the whole news. Even after 2 Weeks Cyber Attack on AIIMS got no relief.

According to sources, only two things have been able to get restored, and those are:

1,200 Systems and 20 Servers have been restored. Restoring Process may proceed probably till next week.

In the end, it was clear that all things were returning to their usual conditions. Also, professionals have started their work to deliver the best solutions by providing support via data/ access restoration. You should learn cyber security methods to save your data from unauthorized access so that you won’t become the part of those victims.

Nearly 500 M WhatsApp Users were caught in a Cyber Attack.